Gov. Paul LePage said Wednesday that he’s “appalled at the lack of parenting” a transgender boy from Virginia has received in the run-up to a lawsuit against a school district’s bathroom-use policy.

It was the first time that the Republican governor has spoken about the American Civil Liberties Union’s lawsuit on behalf of Gavin Grimm, a high school student who was born a girl, but now identifies as a boy.

He used the boys’ restroom at his school before its school board voted in 2014 to effectively require transgender students to use private bathrooms. The ACLU and the Obama administration have said that this violates Title IX, a federal law that prohibits gender discrimination in public schools.

But LePage and Republican officials from other states joined the legal fight against Grimm last week, filing a brief in a Virginia federal court that said because Grimm is “biologically of the female sex,” the law only requires that he be allowed “to use the same facilities as other biological girls.”

LePage’s office hasn’t answered questions about the lawsuit since last week. But after an event on Wednesday, he said the ACLU “might ruin this young person’s life.”

He asked what would happen “if this young person changes their mind when they’re 14 or 15 or 16.” He said groups should wait until the child is “18 years old at least — or 16 years old — to do these things.”

“I’m appalled at the lack of parenting that child’s received. I’m appalled,” he said. “A parent should at least prepare their child to move into a world of transgender, not just file a lawsuit at 11 years old.”

However, Grimm was 15 years old when the ACLU filed a discrimination complaint last year. He has said that he started refusing to wear girls’ clothes by age 6 and told his parents that he was transgender.

They helped him change his name and see a psychiatrist, who diagnosed Grimm with gender dysphoria — a condition characterized by conflict between assigned gender and gender identity.

Grimm’s case is now under appeal after a federal judge ruled against him in September. LePage’s actions have been criticized by the ACLU and EqualityMaine, an LGBT advocacy group, with Oamshri Amarasingham, an ACLU lawyer, saying “it’s disappointing that our governor is entering into these fights in other states.” — Michael Shepherd

The mayor’s ‘pajamas’: A closer look

After Macdonald’s win on Tuesday night, I reported on interviewing the Lewiston mayor in his “pajamas.” But he corrected me in his interview with Carr, saying, “Not pajamas,” but rather, “my sweatpants.”

Am I wrong? Let’s review it. He’s wearing sweatpants and a loose-fitting, long-sleeved shirt in this photo from Amber Waterman. 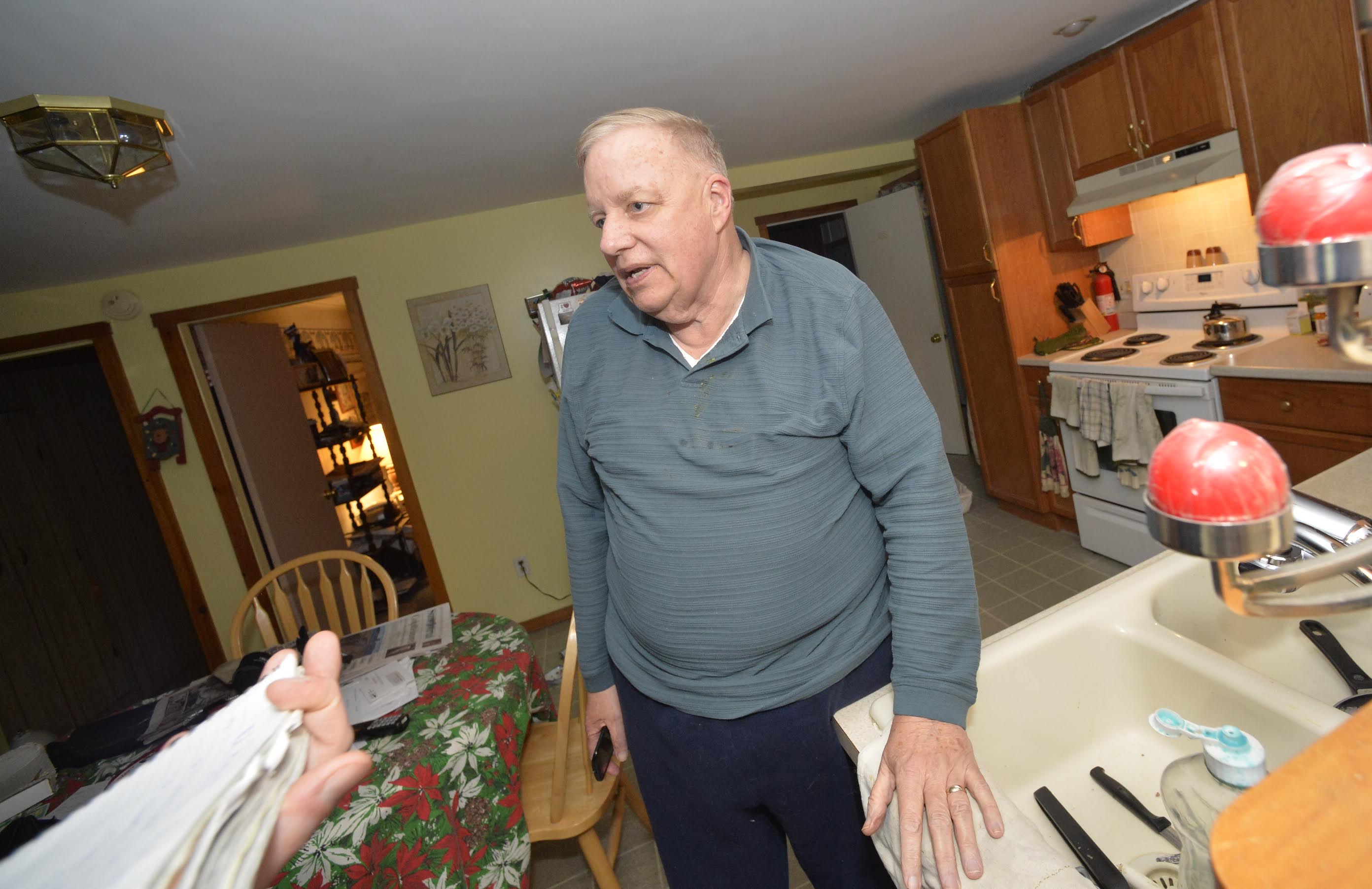 They’re not a pajama set, per se, but to me, this fits the Merriam-Webster definition of pajamas: “Clothing that people wear in bed or while relaxing at home.” These clothes are at least “relaxing” attire, if not sleeping attire.

But we’re all about challenging our assumptions here at the BDN. Maybe pajamas are in the eye of the beholder. Maybe the mayor changes into something else before bed.

So, I asked an editor, Anthony Ronzio, if I needed to write a correction. His take? “Pajamas is a perfectly acceptable phrase for sleep wear.”

There you have it. We’re standing by our reporting. I hope that this is the last time that I have to think about a politician’s loungewear, but in this business, you just never know. — Michael Shepherd

The importance of political spending is overblown

The importance of political spending is overblown

Vaccines are the most effective way to protect our kids

Vaccines are the most effective way to protect our kids

Senator Collins must think that most Maine voters are idiots