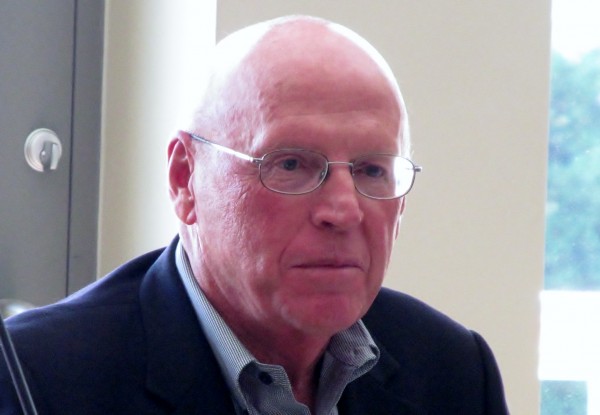 A bill from Gov. Paul LePage to place violent patients with mental illnesses — even those who haven’t been convicted of crimes — at a Maine State Prison unit may violate a court settlement, a legal expert charged with enforcing the settlement said Wednesday.

The Republican governor’s proposal, which would remove violent patients from the embattled, state-run Riverview Psychiatric Center in Augusta, was condemned by advocates who said it was a violation of civil rights immediately after its rollout earlier this month.

That concern may peak after remarks on Wednesday by Daniel Wathen, a former Maine Supreme Judicial Court chief justice overseeing Maine’s compliance with a consent decree that settled a 1989 lawsuit against the state over mental health services.

During a public hearing on the bill before the Legislature’s Health and Human Services Committee, Wathen said the bill could conflict with part of the decree interpreted to say that both forensic patients — those sent to the facility via the criminal justice system — and civil patients should get the same hospital level of care.

Wathen said he “cannot be precise” as to the consequence of the conflict or if patients could sue the state over it, but that he could issue a ruling on the matter. He said he has reached out to Attorney General Janet Mills’ office for an opinion, but he hasn’t heard back.

LePage’s bill would allow the department to move violent Riverview patients — particularly those deemed not guilty of criminal acts or unfit for trial because of mental illnesses — to a 32-bed facility at the prison in Warren that opened in 2014 to treat people in the criminal justice system.

It has been billed as a solution to a safety issue at Riverview, which has seen many patient-staff assaults in recent years, was decertified by the federal government in 2013 and is facing a staff shortage that Wathen has called dangerous for patients and staff.

Rep. Matthew Pouliot, R-Augusta, who is co-sponsoring LePage’s bill, said it would “bring peace of mind” to staff and make it easier to recruit and retain employees.

But advocates reiterated their opposition, with Kevin Voyvodich, an attorney for Disability Rights Maine, saying in written testimony that LePage’s plan would “deprive forensic mental health patients of the ability to get the standard of care and rights protections they are entitled to.”

“These individuals should receive treatment, not punishment,” he said.